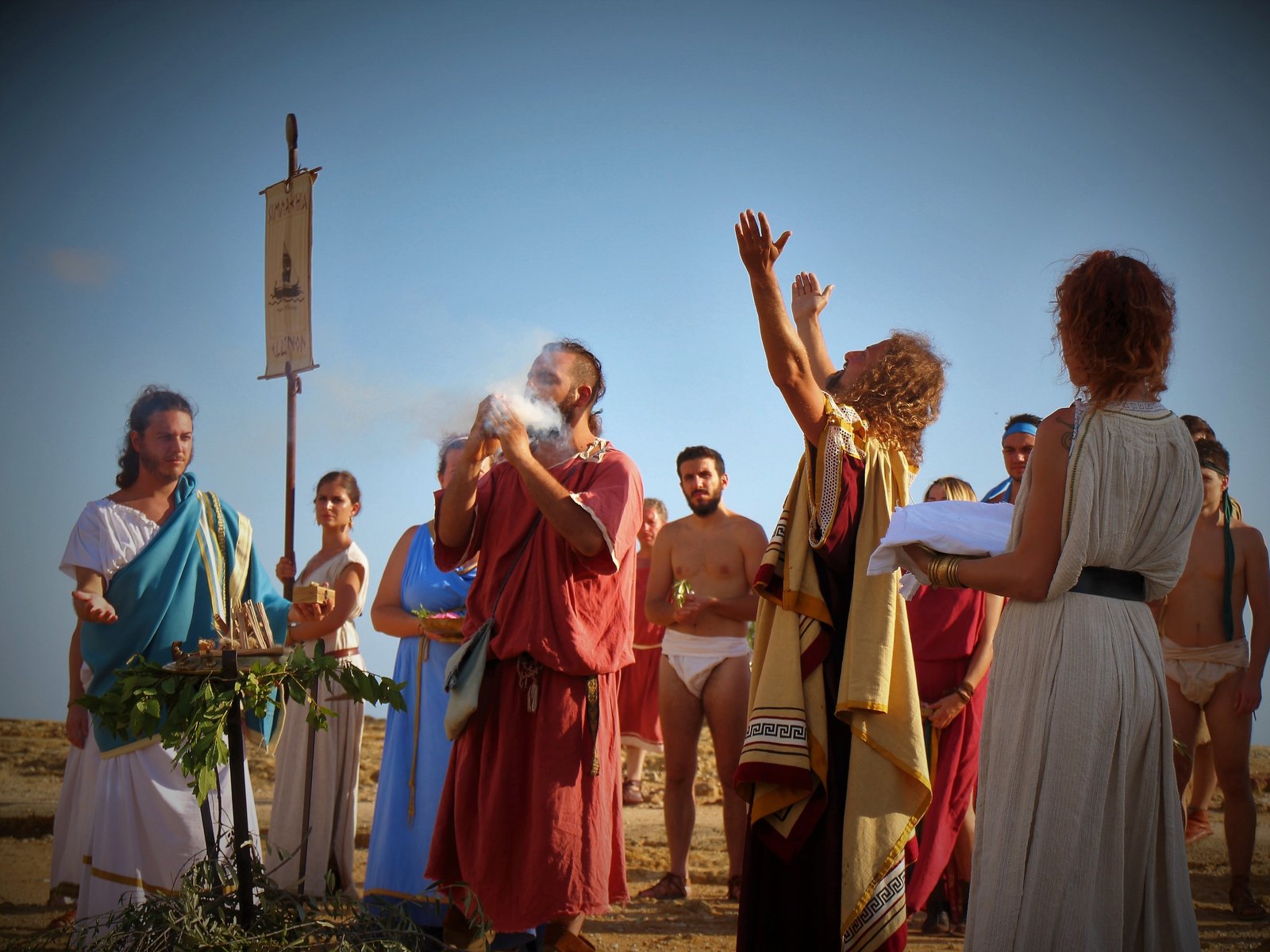 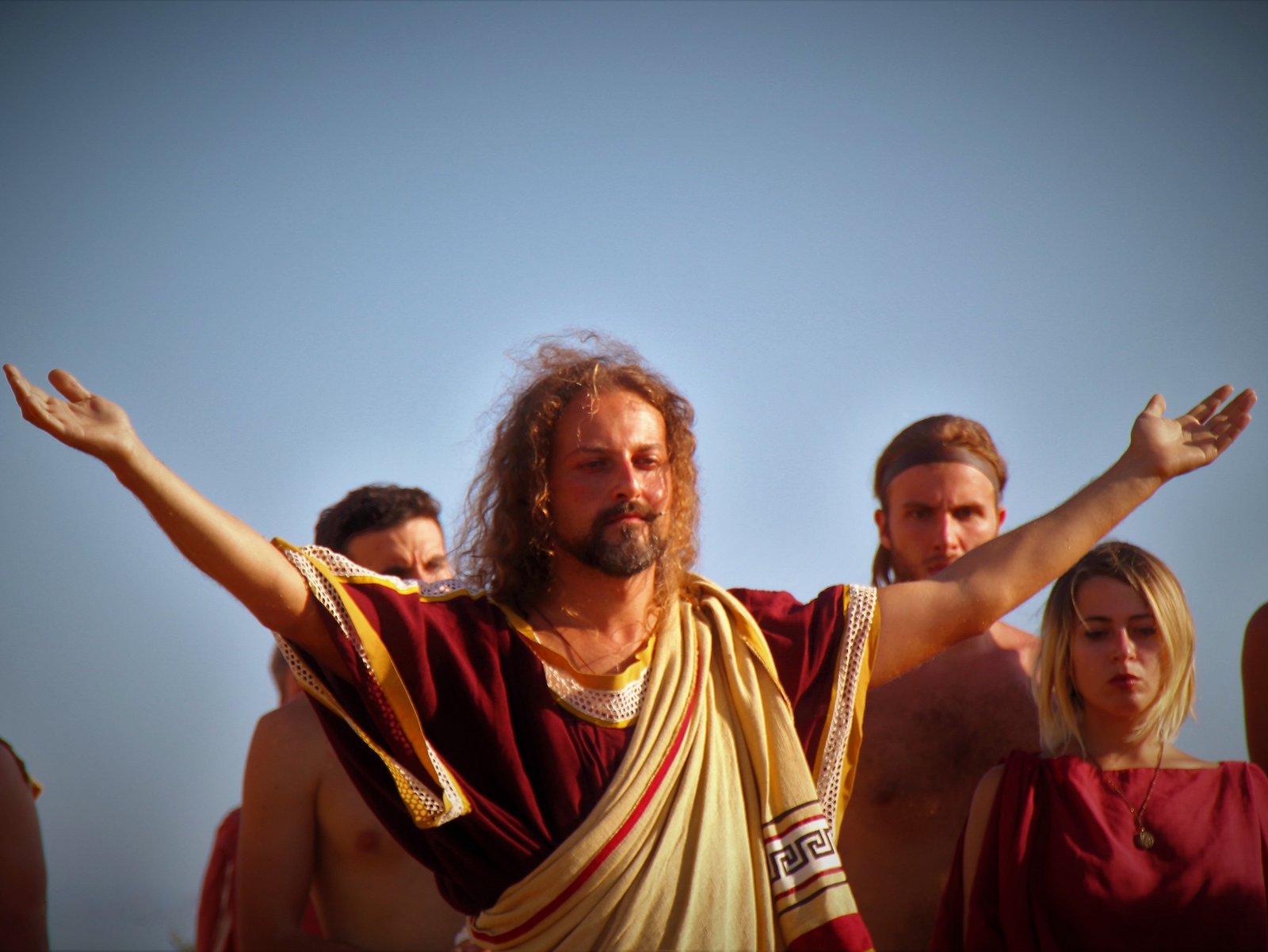 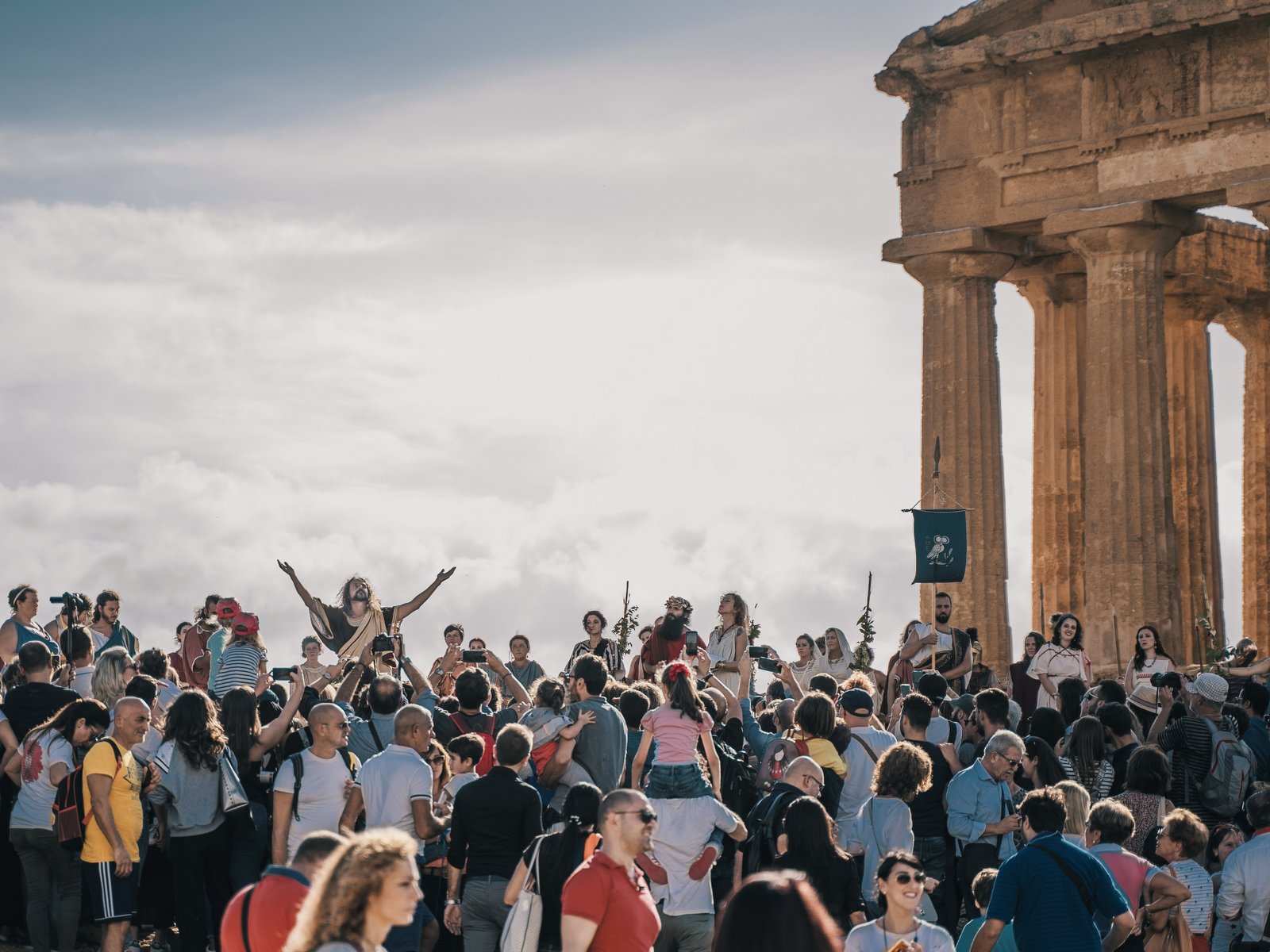 Empedocle, one of the noble fathers of philosophy, was born and lived in the places that today are known as the Valley of the Temples of Agrigento.  Over the centuries Empedocle, known as one of the most eclectic, controversial and brilliant personalities of the classical age, has inspired many authors and artists.  In the 1st century BC Lucrezio praised him in the first book of his “De Rerum Natura“;  in 1300 Dante classified him as one of the ‘great spirits’ in his “IV Canto del Inferno”;  in the Renaissance Raphael depicts him amidst the illustrious fathers of philosophy in his fresco “The School of Athens“;  in the 1800s the Romantic poet Friedrich Hölderlin dedicated a remarkable drama “Der Tod des Empedokles” to the philosopher of Agrigento and the legend concerning his death.  Empedocle was born in Akragas around 490 BC. Although his family was of noble origins, Empedocle was a staunch defender of the democratic institutions of his city and he firmly opposed all forms of tyranny.  These ideals led to his exile.  Empedocle was a doctor, poet, philosopher, ‘miracle worker’ and engineer.  Some of his intuitions on blood circulation and skin breathing, and the discovery of the inner ear labyrinth, place him among the fathers of medicine.  About 500 fragments of two philosophical poems, “On Nature” and “Purifications”, have survived and are currently being studied and analyzed.

The contemporary specialists E. Zeller, E. Bignone and P. Kinsley believe that the naturalistic concepts present in the first poem can be interpreted as the first level of a secret doctrine further developed in the second poem, which has a more mystical-religious character.  Empedocle distinguishes between “elements” and “compounds”: the former are stable while the latter are “mutable”, subject to change.  In Empedocle’s vision, reality derives from four basic elements: water, air, earth and fire, which together represent the eternal principle of matter.  These four elements, however, are influenced by two opposing forces: the unifying force of “Friendship” and the disruptive force of “Conflict” which together are the origin of the cosmic cycle of life (birth-death-rebirth). Thus Empedocle can be considered to be the common factor between the opposing theories of Parmenides, based on “immutability”, and of Heraclitus, based on “evolution”.  Empedocle also sustained the concept of reincarnation:  he believed in the existence of a moral law that compels man to pay for the violence and criminal acts committed during his life due to the negative influence of “Conflict” in a gradual redemption process which may last for numerous lives to follow. To purify itself, the soul stained with blood or other serious offenses may be forced to reincarnate for ten thousand years.

He himself revealed that he was “once a boy and a girl, a shrub and a bird and a dumb fish”.  Empedocle traveled extensively and in the East he learned the art of “Theurgy”: an occult art that allows one to communicate with the divinities and to accomplish miraculous healing.  In fact, legend has it that Empedocle brought Pantea, a youngster considered dead for days, back to life.  As an engineer, he has become famous for having carved an enormous funnel in the rocks linking the two hills of Akragas in order to convey fresh evening wind from the higher northern parts of the town to the southern quarters during the torrid summer months.  The circumstances of his death are shrouded in mystery: some say that he fell to his death in the crater of Etna either due to an accident during a scientific investigation or due to a suicidal impulse connected to his involuntary exile.  However it be, his ethical reflections live on today in the theories of succeeding generations of philosophers such as Democritus, Socrates, Plato and Kant.  His influence is further found in alchemical literature, the mechanical physics of Lavoisier and the psychoanalytic theories of Jung.  Empedocle’s thought lives on and is still far from being completely deciphered.