From the nineteenth-century Masseria, the country retreat of the Noble Barons of Agnello, to an oasis of relaxation surrounded by nature. The legacy of a noble past becomes a relaxing modern comfort, while respecting the identity of an old residence located on a fertile hill facing the sea of ​​the Turkish steps. We are in Realmonte, at the Masseria Agnello, a relais inaugurated in 2015 after a careful restoration project that has witnessed new splendour to a place rich in history. The diary of this rebirth is compelling and intimately linked to the Barony of the Agnello family, a noble Tuscan family that arrived in Sicily in the Middle Ages. The Agnello of Sicily descend from the brother of Giovanni of Agnello who was the  Doge of Pisa around 1250. We are in the period of the Maritime Republics and Pisa is one of the richest and most powerful city-states. Like Venice and Genoa, Pisa also expands its commercial influence in the Mediterranean and Sicily becomes a fundamental hub for the Pisans due to its resources, fertility and its strategic position. 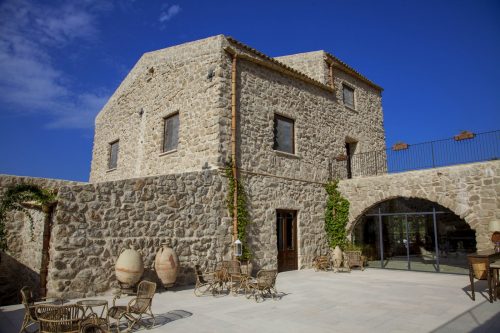 The Agnello were skilled traders and entrepreneurs. They were part of that dynamic and productive aristocracy who loves to make their way, not only by virtue of their lineage, but also by the strength of their arms and ideas. In the fourteenth century a branch of this family settled in Mistretta, on the Nebrodi mountains, in the current province of Messina and then in the 17th century they moved to Cefalù, where they were immediately inscribed in the noble Mastra. Giuseppe Pitre, a distinguished Sicilian historian of the 1800s, reports in his volumes,  from   archival findings of the Agnello Barony,  that they were acclaimed in Cefalù because they were capable of putting an end to the famine by giving a significant boost to agri-food and fish production which ensured economic stability and prosperity for the entire area. At the end of the 1700s, the main branch of the Agnello family, invested with the titles of Barone di Sagneferi and Lorito, moved to Siculiana, in the Agrigento area. Stefano Agnello, son of Baron Francesco di Cefalù, fell in love with a rich Sicilian landowner, Caterina Alfani, with whom he married. 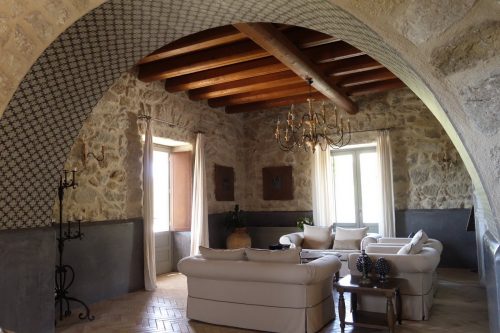 From this marriage, Nicolò Agnello was born in 1815: father of Francesco Agnello, the last of the Barons, who lived for most of his life in the Baronial palace of Siculiana, administering one of the largest and most productive fiefdoms on the southern coast of Sicily: the Feudo di Fauma . A vast estate renowned for the production of wine, cereals, honey but above all, for the excellent, Extra- Virgin olive oil. Within this vast estate, stood the ancient Masseria Agnello, the beating heart of an area with unique characteristics of production. The Feudo di Fauma rises, in fact, on a plateau 300 m above sea level, that of the Turkish steps, but sheltered all around by hills: a condition that guarantees an ideal micro climate for the area since exposure to the sun and the excellent ventilation makes agri-food productions naturally healthy and of a high quality.The owners of today’s Masseria Agnello and accommodation, have reconstructed, with skill, the Massaro’s house, the farmers’ homes and the animal shelters of the Masseria that belonged to Baron Francesco Agnello. The ancient buildings have been renovated with the typical materials of the local area, such as terracotta and white chalky stone. 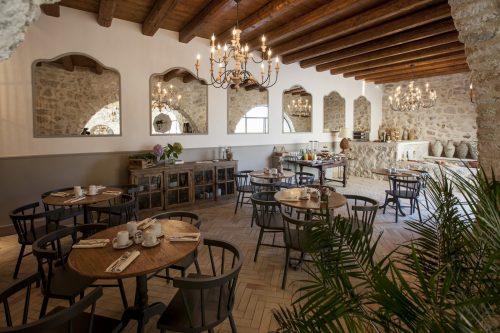 The well-kept and refined furnishings recall the country house of the Sicilian nobles of the late 19th century, revisited in a modern style with a combination of antiques, typical local ceramics, modern paintings and fine furnishings. The common areas have been created in the central part of the Massaro’s house, once a busy hive of agricultural production.

The rooms, on the other hand, have been created above, once the noble living quarters of the house. On the lower floor there is a room dedicated to the tasting of organic Extra-Virgin olive oil and organic Sicilian black bee honey: two authentic delights produced, today as then, by the Masseria Agnello. 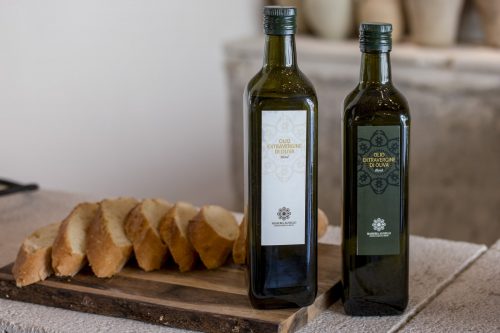