What to see in the Valley of the Temples 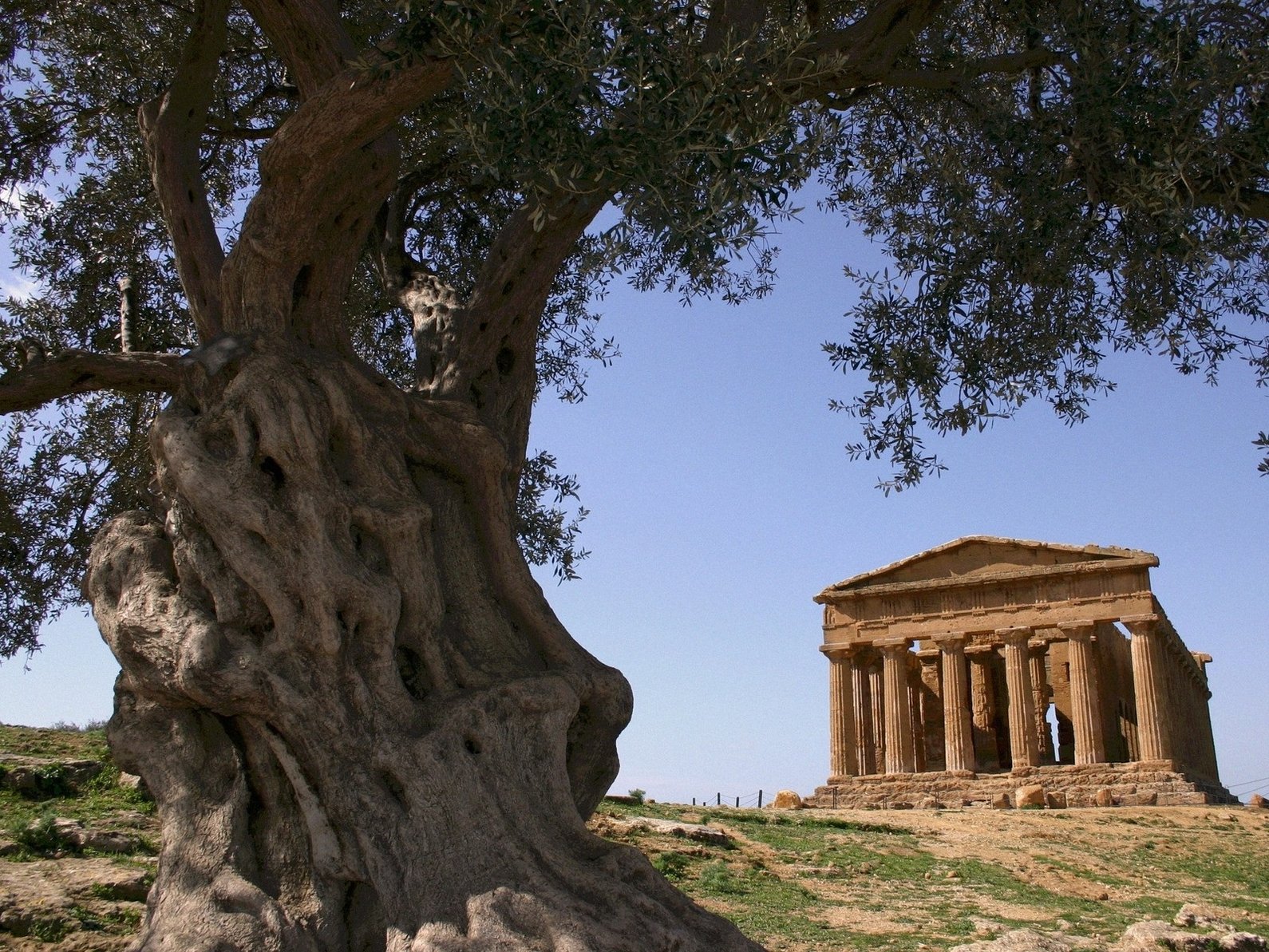 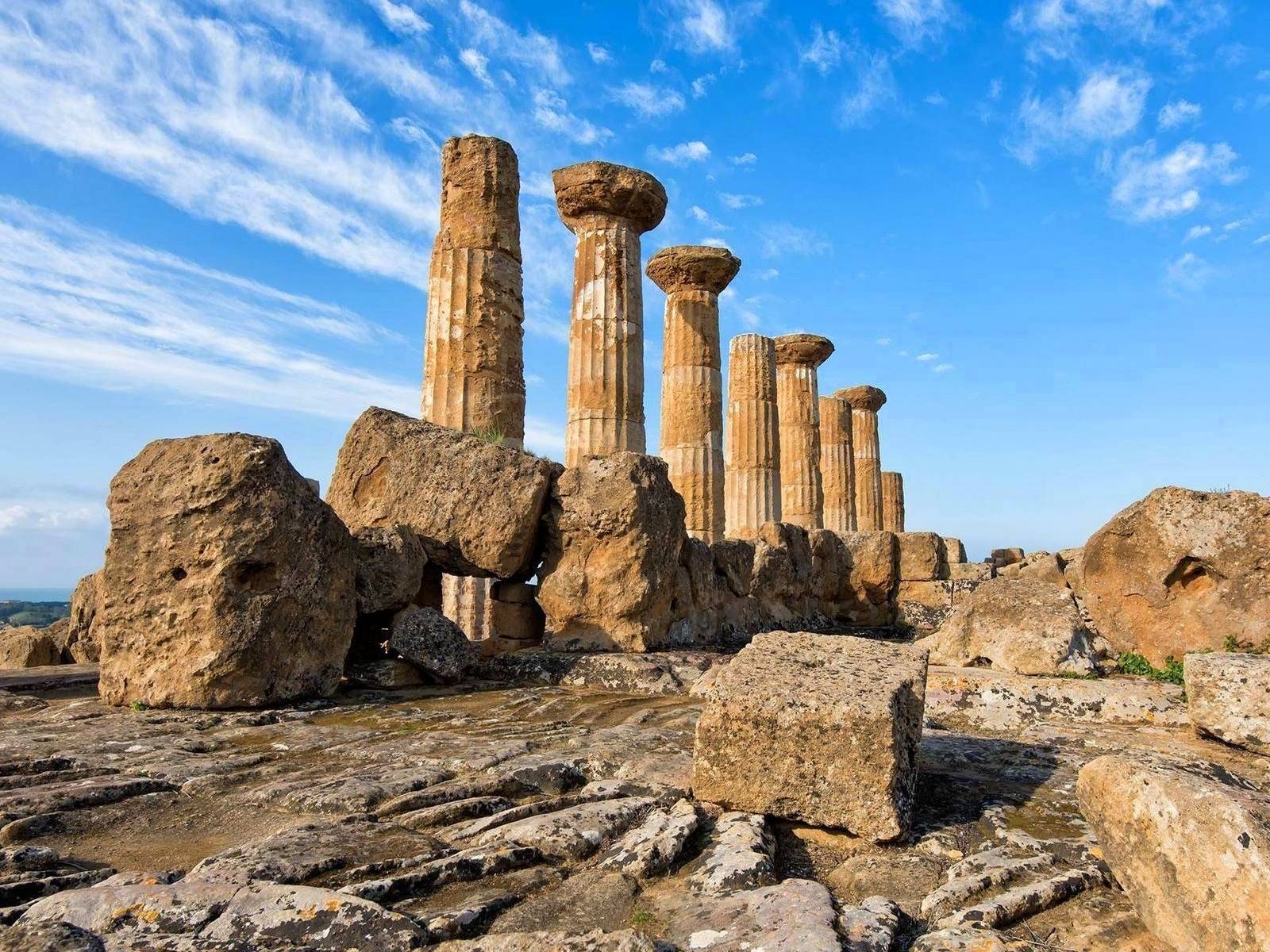 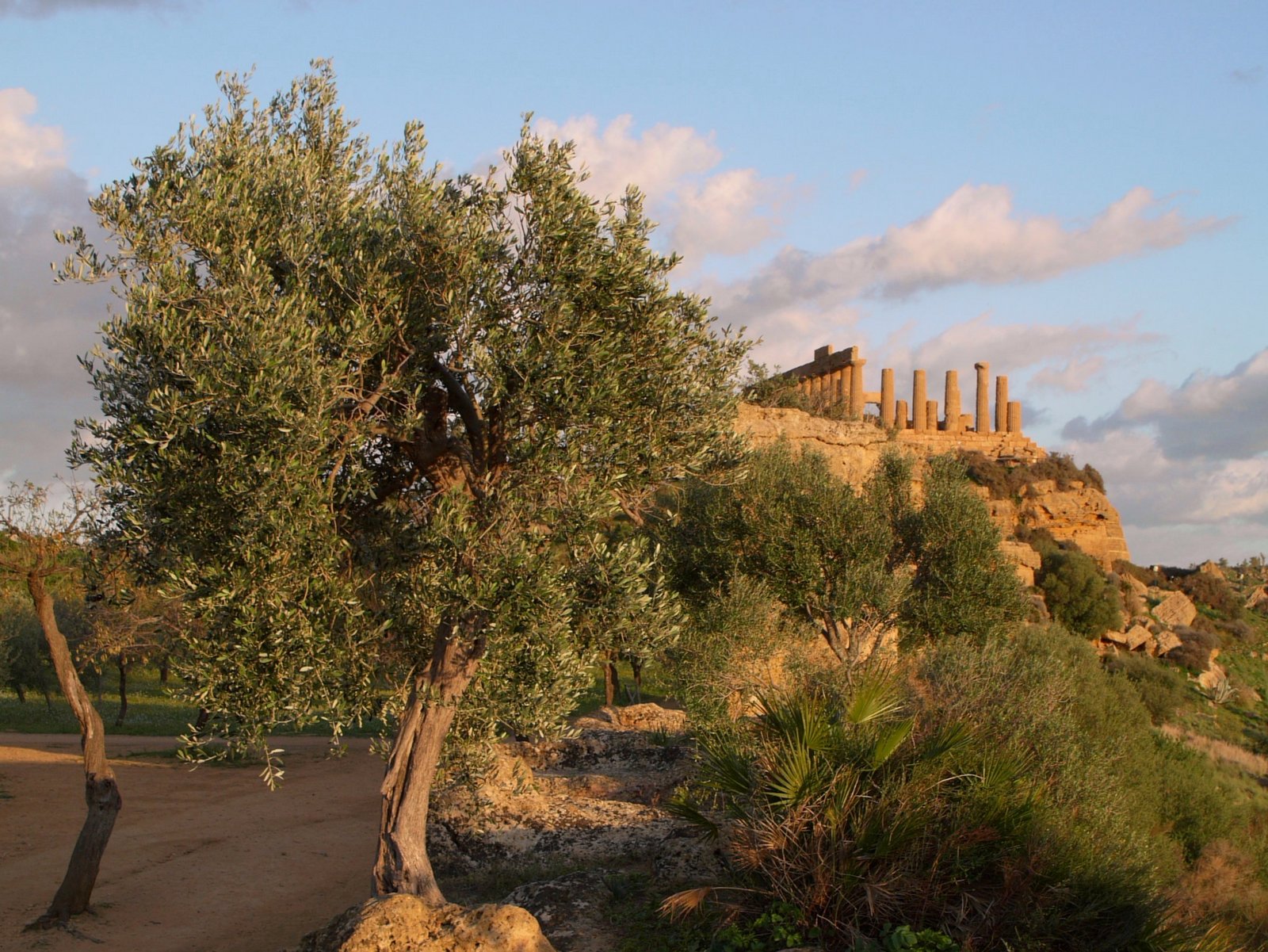 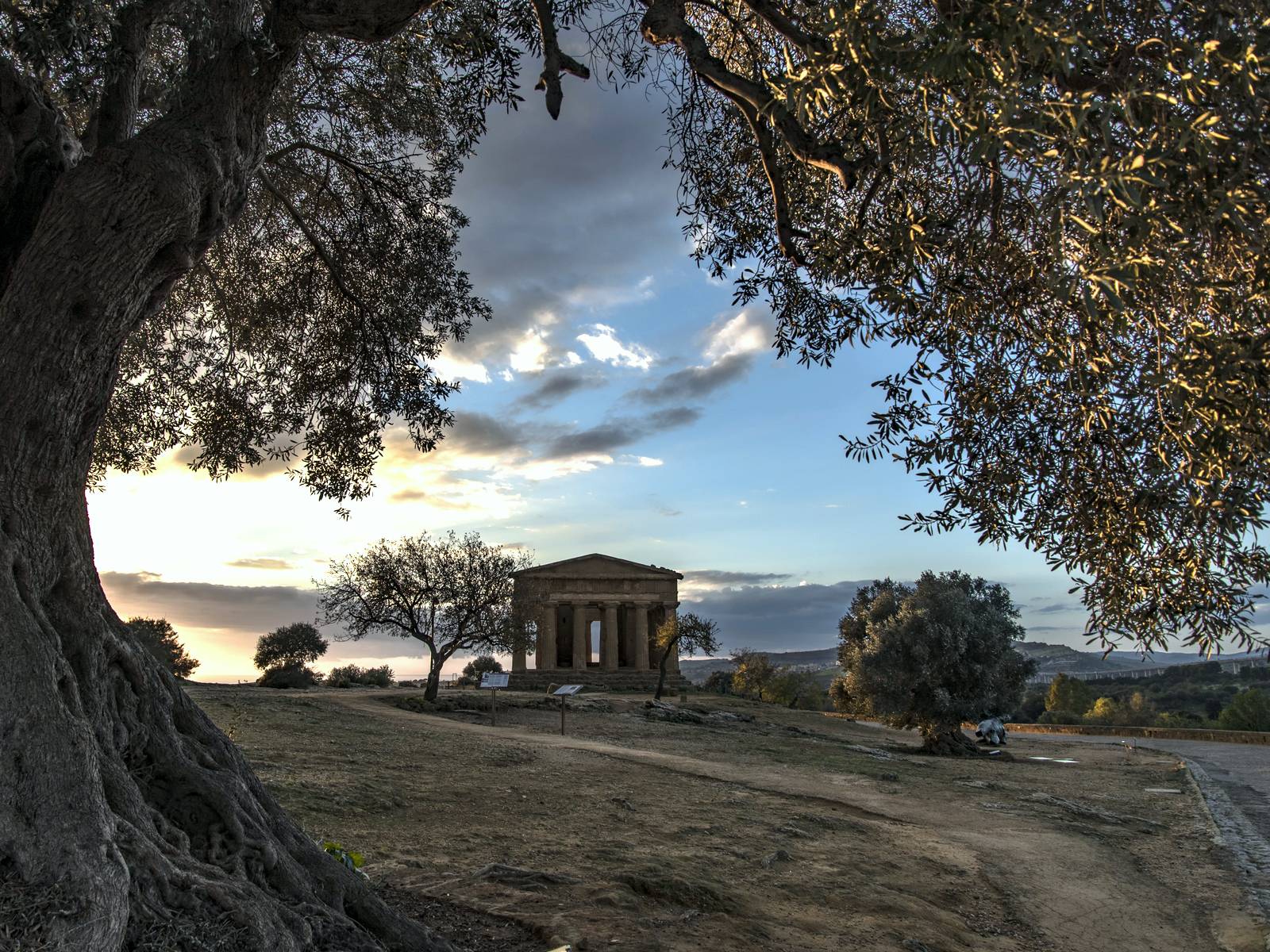 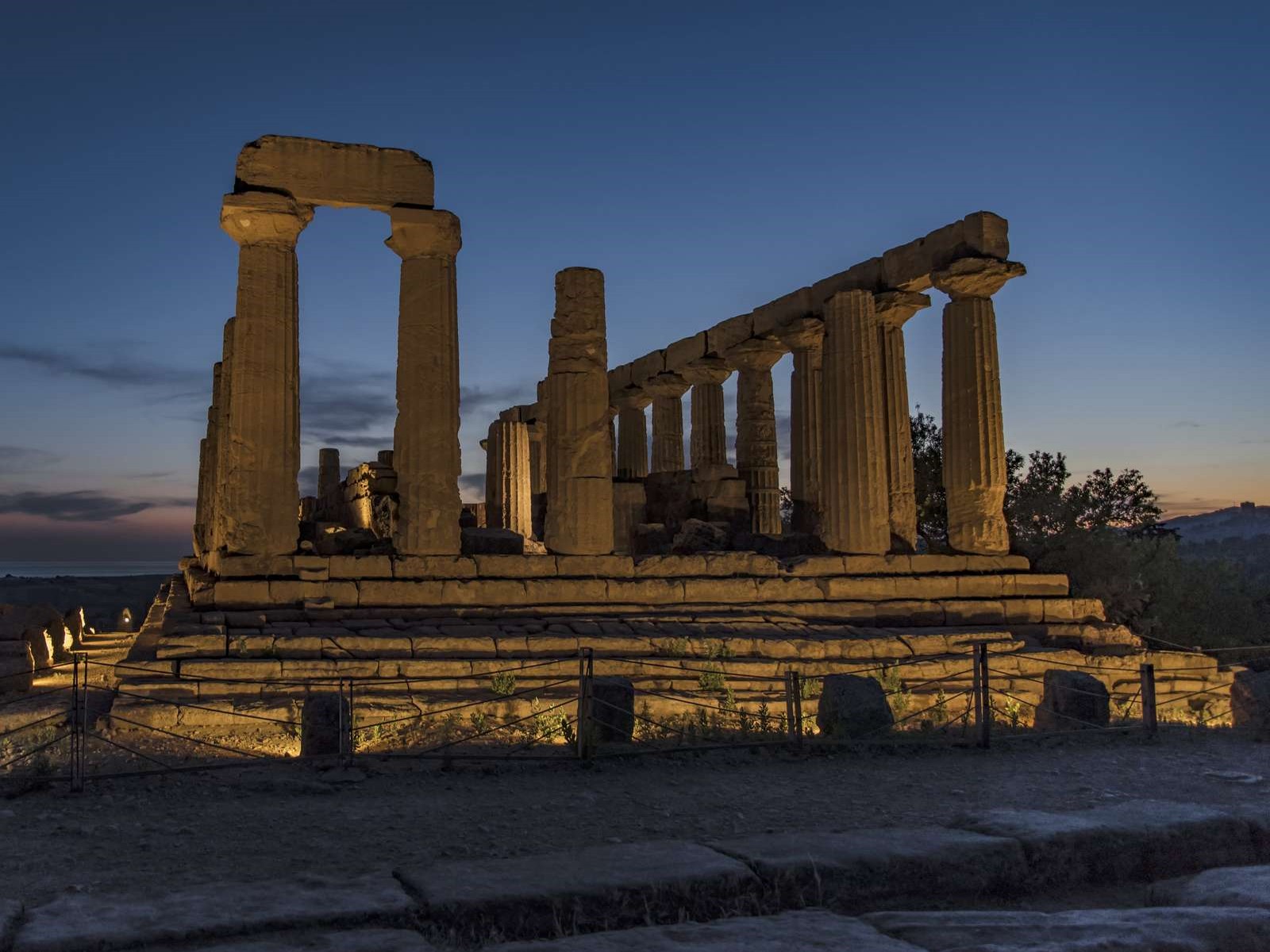 Do you want to discover the largest archaeological area in the world? 1300 hectares await you for an exciting walk amongst fascinating monuments and important recent discoveries and we also have some updated information on recent discoveries in the Valley of the Temples. Surrounded by ancient olive groves, almond trees and Mediterranean shrub, the Valley of the Temples is what remains of the thriving city of Akragas, founded in 582 BC by settlers from the nearby town of Gela and from the Greek island of Rhodes. The city was built on a vast plateau protected to the east and west by two rivers and to the north by the steep slopes of the Colle di Girgenti and Rupe Atenea. To the south, the site is delimited by a long natural ridge on which the marvelous Doric temples stand out. Celebrated in every age by illustrious authors, from Pindaro to Goethe, after 2600 years the Valley of the Temples still enchants its visitors, especially in spring and summer evenings when it becomes a magical and prestigious setting for cultural events. To the southeast, along the high rocky ridge overlooking the sea, the Temple of Juno, the Temple of Concordia and the Temple of Hercules are in splendid view while in the southwestern area of ​​the park you can admire the colossal remains of the Temple of Olympian Jupiter, the ruins of the Sanctuary of the Ctonie divinities, the Temple of the Dioscuri and the Temple of Vulcan.nBut there are more temples to be discovered: unlike most other Greek cities, the temples of the ancient Akragas were not concentrated on an acropolis but, like the gems of a diadem, they adorned the perimeter of the city. Many of these have not survived over the centuries but others have left their traces: the foundations of the Temple of Demeter are still visible today because in medieval times the Normans built the Church of San Biagio on its platform. In the current historical center, on the Colle di Girgenti, the remains of the Temple of Athena have been incorporated into the foundations and walls of the Church of Santa Maria dei Greci, built in the 12th century, and the steps and columns are still clearly visible. To the south of the city walls there is a small temple dedicated Aesculapius, the god of medicine: the temple was deliberately built outside the city walls because it accommodated the sick who gathered here  for healing rituals.

GUIDE TO THE VALLEY OF THE TEMPLES: MONUMENTS AND CURIOSITIES

Like all the Doric temples in Magna Graecia, the ten temples of Agrigento face the east so that the statue of the divinity in the inner ‘cella’ was illuminated by the first rays of the rising sun. Agrigento’s temples date back to the 4th century BC and were built with calcareous sandstone. Originally, the natural sandstone we see today was covered with white mortar and colorfully painted and the temples literally sparkled under the sun: a spectacular sight.

Temple of Juno. The highest temple is that of Juno: it was the first of the temples lined up along the the sacred road to receive the light of the rising sun every morning. The goddess Hera (or Juno) was invoked not only in case of marriage but also for issues regarding maternity and childbirth. In the area in front of the temple you can still see the altar where rites linked to marriage and birth were celebrated. In 406 AD the city was destroyed and burned down to the ground by the Carthaginians: the traces of this terrible fire are those reddish patches still visible on the blocks of the surrounding ruins.

Temple of Concordia. This elegant temple is one of the best preserved Doric temples in the world, together with the Theseion of Athens and the Temple of Neptune of Paestum. At the end of the 6th century AD it was transformed into a Christian basilica dedicated to the Saints Peter and Paul. The name “Concordia” derives from a Latin inscription engraved on a stone slab found in the surroundings. Today this slab is located in the cloister of the “Pietro Griffo” Archaeological Museum, adjacent to the beautiful Church of San Nicola.

Temple of Hercules. ‘Ercole’ is one of the oldest temples in the valley, perhaps the oldest. According to Cicero the statue of Hercules, located inside the temple, was so beautiful that part of its face was worn due to the repeated kisses and caresses of visiting devotees.

Temple of Zeus. Like most of the temples in the valley, the Temple of Jupiter Olympus was built in the 5th century BC to celebrate the victory over the Carthaginians in the battle of Himera. The Temple of Zeus was huge and its extraordinary dimensions are comparable to a modern football field. Although there is little more then a pile of ruins left today, the surviving  ‘Telamone’ clearly gives us an idea of ​​its enormous size. The upper part of the Temple was decorated with gigantic statues called Telamoni, each of about seven-and-a-half meters high. The stone giant lying in this area is a cast of the original Telamone exhibited in the main Hall of the Archaeological Museum.

Temple of the Dioscuri and Sanctuary of the Ctonie Divinities. Not far from the ruins of the Temple of Jupiter there is a sacred area dedicated to the goddesses Demeter and Persephone where fertility rites were celebrated. There are several circular sacrificial wells (‘bothros’), the largest of which is near the Temple of the Dioscuri. The Dioscuri, or Castor and Pollux, were twin sons of Zeus. Although one was mortal and the other immortal, the two brothers were so close that when one died, they decided to alternate their stay in the underworld. It is possible to access this area directly through Porta V, particularly interesting because it presents structural and strategic similarities with the gates of Troy (“Porte Scee“) described in the Iliad. From this area it is possible to access the Kolymbethra Garden: a lush green oasis managed by FAI which has been proclaimed as one of the ten most beautiful gardens in Italy. In the 5th century BC, however, the gorge where the garden is now located was used as the city’s water reservoir. Water was conducted to this area by the Phaeacian Aqueducts: an underground network of channels hew out of the rocks which still produce water for irrigation today. Recently one of these ancient underground aqueducts (hypogea) has been opened to visitors who can visit it accompanied by specialized speleological guides.

Temple of Vulcano or Hephaestus. Beyond the Kolymbethra, among secular olive trees, the two remaining columns of the Temple of Vulcan, god of metallurgical art, are clearly visible. The particular grooves of the columns are typical of the Ionic period, so it is presumed to be last temple to be built in the Valley of the Temples.

OTHER MONUMENTS AND RECENT DISCOVERIES IN THE VALLEY OF THE TEMPLES

Besides the temples there are also various other interesting monuments in the archaeological park. Don’t miss a visit to the Archaeological Museum “Pietro Griffo” which houses an exceptional collection of finds amongst which magnificent Greek vases, the beautiful statue of the Ephebe of Agrigento and the gigantic Telamone. The Museum is partly located in the buildings of a former monastery and it may be accessed through the enchanting medieval cloister adjacent to the Church of S. Nicola, which also deserves a visit: it houses the “Sarcophagus of Fedra”, a perfect example of Roman sculpture in Sicily. Between the church and the museum you will also find the bouleuterion and the ekklesiasterion, the political centre of the ancient city of Akragas. Across the road, opposite the Museum, several blocks of a residential area of the Hellenistic-Roman city have been brought to light and recently restored: the various houses are arranged according to a regular urban layout. Recently archaeological excavations in this area (Hellenistic Roman Quarter) have led to truly surprising discoveries: The Hellenistic Theater, with a diameter of about 95 meters, a Roman Temple on a podium presumed to be a Capitolium of the Imperial age and Roman Baths with a “calidarium”. The presence of these three architectural and urban elements in the upper Agora of the city confirm its extraordinary importance in the period between the second half of the 3rd century BC and 210 BC, when the Romans arrived and the splendid Greek city of Akragas became the Roman Agrigentum.

The Archaeological Park of Agrigento has three entrances: one to the east in proximity of the “Temple of Giunone”, one to the west at “Porta V” and one to the north at the “Hellenistic Theater”: the latter is adjacent to the Roman Hellenistic Quarter but is open only during the summer months. Each entrance of the Valley of the Temples has a parking area, ticket office and  info-point. For opening times, fares, reductions, telephone numbers and other information click here.